The Flip-Side of Urban Gardening 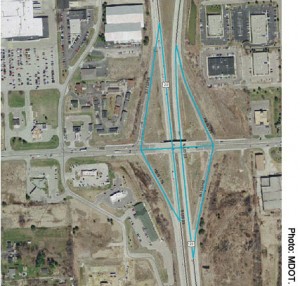 Road verges, boulevard medians, abandoned parking lots and highway ramps are favorite targets for urban gardeners. It’s nice to think of these brown and gray areas becoming green again, or even festively bright with flowers, fruits, and vegetables. This is definitely a brilliant goal, and it’s well worth pursuit, but there are some considerations that urban gardeners should make in many cases.

Many of these areas either were or are exposed to significant levels of automobile traffic. The traffic can have several effects:

As a gardener, you’ll need to consider what will grow, what should you grow, and can you eat it? 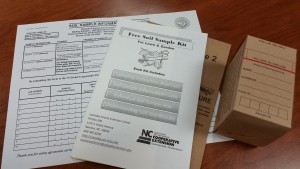 Not all urban soils qualify as Superfund sites, honestly! But if the area in question has a long history of exposure to exhaust or industrial use, just have it tested for lead and other metals before eating vegetables from it, especially leaf and root crops, which tend to accumulate metals in significant quantity. Having your soil tested is interesting, and easy! On the internet, search “Agricultural extension, soil analysis, [your state].” Some links to various Ag programs at Land Grant universities in your region should pop up. Tests are less than $20, some are free (as of this writing, tests in Pennsylvania are $9 – $15). Basically, you put some soil in a baggie and send it off to a lab. They send you the results in a couple of weeks. They will also do additional tests such as carbon, nitrogen, particle size, and basic nutrients. University of Minnesota reports that 300ppm total lead is usually considered safe for growing food.

Over 300ppm Lead, or dangerous levels of other metals?

What if your heavy metal levels are unsafe? That’s a tough question. Phyto-remediation is a technique whereby plants that are hyper-accumulators of metals (like sunflowers, among other common crops) are grown on contaminated soils, then expertly removed and disposed of. The soil is left cleaner to some degree. It’s a nice idea, but if you give it a try in the DIY spirit, the issue then becomes, what do you do with the toxin-laden plants after they are culled? What happens to the animals that eat the seeds? You’re burdened with a load of toxic vegetation that’s no good for eating, composting, or burning. You’ll be a part of a different problem if you landfill it. Maybe, until a better solution is available, it’s best to let the soil hold on to it.

If you’ve got unsafe lead or arsenic levels, it’s just not a safe DIY project without in-depth knowledge and the right resources. Best to call in the pros or ask your local Ag-Extension folks who did the soil testing for specific regional recommendations. They might be able to provide some nice options for gardening with plants that are not significant accumulators of contaminants, have alternate sites to suggest. They may even be able to recommend grant agencies to help cover professional remediation. 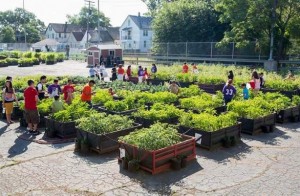 But, if you’re utterly Jonesing to grow veggies and you’re parked on a Superfund Site, you do have some more immediate options.

Don’t be dismayed, just recognize the danger and work to garden your land safely. We’re living with a legacy environmental issue here, so your creative and safe work-arounds may help future generations!

I tested, and hey! My soil’s SAFE, let’s get started! 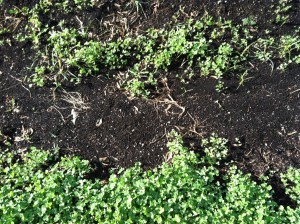 Clover (Trifolium repens) establishing in a compost/cardboard layer over salt impacted soil in my suburban yard.

Awesome. Here are some steps to get your soil into a semi-functional state.

Start with plants that grow fast and are tolerant of less-than ideal conditions. 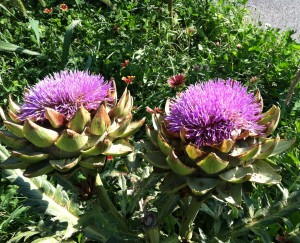 Artichokes blossom with Gaillardia in my free-spirited road-side garden.

Have fun, be knowledgable about your soil, and enjoy entertaining the questions and sharing the bounty that come with urban gardening!